The story of the Knights Templars - Part 2

Written by Victoria Regalia on Apr 16, 2020. Posted in Knights Templar 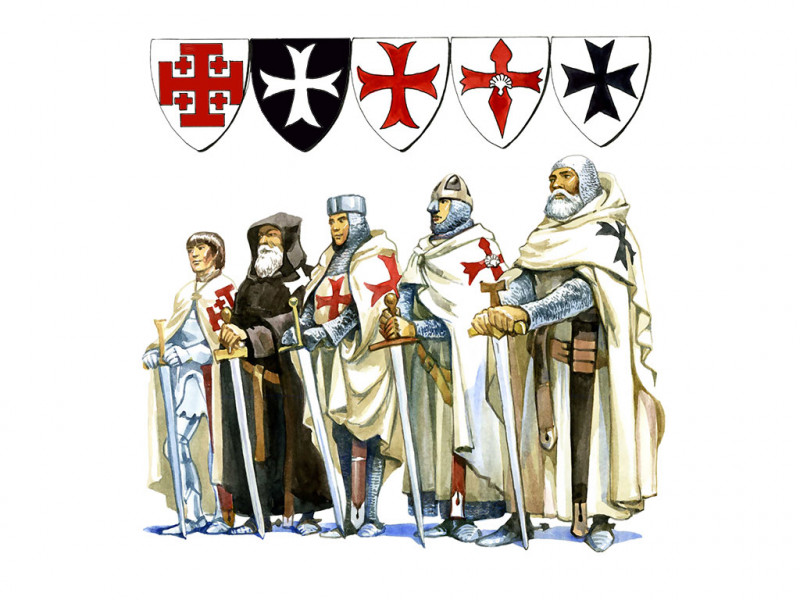 The story of the Knights Templars - Part 2

A serious shortage of money was the prime motivation for the King of France’s move to exterminate the Templar movement in 1307.

The Knights had it in abundance and the group were among the wealthiest men in Western Europe.

King Philip IV, their host, ruled a country on the verge of bankruptcy.

On his ascention to the French throne he was immediately embroiled in a war with his southern neighbors in Aragon.

This was followed by costly battles against King Edward I of England lasting several years.

This conflict ended in 1305 with the wedding of Edward’s son and Philip’s daughter.

Peace eventually arrived in France, but not before a series of military campaigns against Flanders.

The constant fighting had left the country facing an economic nightmare, with the royal court deep in debt.

Philip tried devaluing the currency, but it was a catastrophic policy which led to rampant inflation. Riots erupted in Paris as the value of money halved within days.

In desperation, Philip did what many other monarchs did at the time: he stole from the Jews.

Unlike Christians, Jews in most parts of Europe were allowed to charge interest on money-lending.

In times of financial trouble, it was easy to whip up anti-Jewish public opinion and use that as an excuse to expel them and seize their assets.

They were frequently portrayed as sexual deviants and child killers in popular culture.

Mobs were encouraged to attack them with impunity.

And so in August 1306 over 100,000 Jewish men, women and children were kicked out of France by King Philip.

Their assets were confiscated but the proceeds fell well short of his expectations.

He would treat the Templars in much the same way he had treated the Jews.

As part of his campaign to discredit the order, Philip had one of his most trusted advisers, William of Nogaret, compile a Templar dossier based on interviews with disgruntled former members.

Many interviewees had been expelled because their conduct fell far short of the standards required of a holy warrior. They were bitter and had an axe to grind.

This secret ‘dossier of deceit’ was soon crammed with lurid tales of sexual deviance and immorality.

The allegations included: encouraging sodomy; denying Christ and spitting on the Cross; worshiping an idol and exchanging obscene kisses with one another.

There were many more, but nothing in the dossier was true.

On Friday October 13, 1307, the king’s forces arrested every Templar in France.

They were thrown into solitary confinement, kept in chains on a diet of bread and water and brutally tortured into confessing their dark deeds.

Many died in jail. Others went mad and the rest, terrified by their ordeal, confessed their sins in the hope of being forgiven.

Within a few months Templars in England, Scotland, Ireland and Wales were also in custody, awaiting their fate.

By 1310 Every Templar in Christendom had been apprehended and was being interrogated.

Yet only those in France had admitted the charges against them. The others vehemently denied any wrong-doing.

Pope Clement had, by now, taken personal command of the investigation and the process wasn’t moving quickly enough for King Philip.

In May 1310 the king’s forces rounded up 54 French Templars and burned them alive.

As news of this mass murder spread, the Order’s will to defend itself against the false charges evaporated.

But only in France.

Elsewhere, little punitive action was taken against the Brothers and most were freed without charge.

The Pope’s investigation concluded in March 1312.

His verdict owed more to the fact that King Philip was his patron and he was, ostensibly, a French Pope, as opposed to any objective examination of the so-called evidence.

Clement signed a papal bull which ended with “We suppress, with the approval of the sacred council, the Order of the Templars by an inviolable and perpetual decree.

“We entirely forbid that anyone from now on enter the order or receive or wear its habits or presume to behave as a Templar.

“If anyone acts otherwise he incurs automatic excommunication.”

After 192 years the Order ceased to exist.

There were three immediate consequences of this campaign.

The Pope sequestered all the Templar possessions for the church, thus denying Philip the riches he craved.

And within less than a year both Philip and Clement were dead.

The King suffered a stroke at the tender age of 46 and the Pope succumbed to an intestinal complaint.

But it wasn’t the end for the Brothers of the Order of the Temple.

Tags: The story of the Knights Templars - Part 2